The Gut Microbiome and Energy Source of the Giant Panda 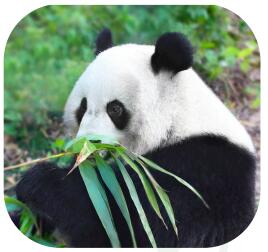 one of the endemic flagships of China. The species is distinctive in the sense that, unlike the rest of its superfamily, Arctoidea, the giant Panda species’ diet is solely on bamboo .

This study[3] provides evidence on this hypothesis. Wenping Zhang, an expert researcher at the Chengdu Research Base of Giant Panda Breeding, has done previous work on the genetic diversity, gut microbiome composition, and more, on the giant panda. The Research Institute is highly recognised for conservation and research into rare and endangered animals, in particular, the giant panda.