Endogenous retroviruses (ERVs) compose 8-10% of the human and mouse genomes[1]. Approximately 20% of TEs in the mouse and human genome are ERVs [1, 2]. During preimplantation development, ERVs are actively expressed across different stages. A minority of mouse embryonic stem cells (ESCs), such as 2-cell cleavage embryos, express ERV MERVL significantly [3].

In Weiyu’s study, ChIP-seq and RNA-seq data were used together with several sets of published data, such as WGBS, ATAC-seq, and histone modifications data, to investigate the role and expression of ERVs. The findings suggest that the expression of ERV transcripts is stage-specific in the early embryos of mice and that Zscan4c activates enhancer activity of MT2/MERVL to promote the expression of nearby genes in 2-cell/4-cell embryos. This activation was mediated by the deposition of H3K27ac, H3K4me1, and H3K14ac on MT2 loci and the recruitment of the GBAF complex [3]. 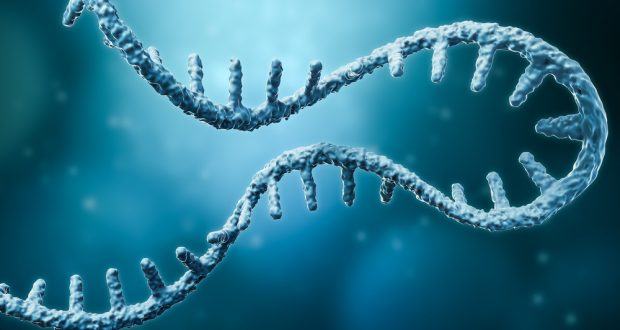 ChIP-seq of Ssrp1, a component of FACT, was performed to inspect how Ssrp1 regulates the expression of genes and TEs. It was found that Ssrp1 binding sites were accommodated in promoter regions and the gene body and were well enriched on MERVL, which is highly expressed in 2-cell (2C) embryos and activated after the Ssrp1 knockout. Ssrp1 strongly interacted with Usp7, which is known as an H2B deubiquitinase. The ChIP-seq of Usp7 showed enrichment of Usp7 binding on Ssrp1 peaks, and this enrichment decreased after the Ssrp1 loss. Fewer Usp7 became associated with MERVL after the Ssrp1 loss. These results support the mechanism that FACT represses MERVL by recruiting Usp7.

Eukaryotic mRNA sequencing (mRNA-Seq), utilizing the technology of NGS, reveals the expression profiles of mRNA in a biological sample and illustrates continuous variations in the cellular transcriptome. Novogene’s mRNA-Seq, based on state-of-the-art Illumina NovaSeq platforms with the paired-end 150 bp sequencing strategy, offers comprehensive solutions for the analysis of gene expression quantification and differential gene expressions among sample groups, as well as for identification of novel transcripts, alternative splicing, gene fusion events, etc.
https://www.novogene.com/us-en/services/research-services/transcriptome-sequencing/eukaryote-mrna-sequencing/

Novogene is highly experienced with NGS services and well-equipped to support researchers interested in the study of epigenetic regulation and provide comprehensive solutions from library construction to data analysis. Until December 2020, Novogene has published over 600 SCI articles in cooperation with project partners, with a cumulative impact factor of over 4,270. With advanced experimental techniques, diverse sequencing platforms, strict quality control management, professional bioinformatic expertise and rich project experience, Novogene assists your scientific research with high-quality data and services, delivering you publication ready data.