An interview with Dr Brande Wulff, Group Leader of the Designing Future Wheat research programme at the John Innes Centre in Norwich UK, which is exploring the genetics of disease resistance in wheat.

Dr Brande Wulff’s goal is to provide resistance gene–based solutions to prevalent disease threats of wheat – in the UK and worldwide – and to translate this knowledge into practical solutions for genetic disease control in agricultural systems.

His research has already led to the development of fast, new and efficient methods for gene discovery and cloning, which use mutant and natural populations followed by sequence alignment to locate genes, a technique which could be applied to a range of crop plants.

He has also developed a method for reducing the wheat generation time to eight weeks, in a controlled environment, dramatically speeding up capabilities for research and breeding purposes.

With a team of scientists, his latest study has identified a resistance gene that protects wheat crops against one of the most devastating fungal diseases, Stem Rust.

Stem Rust has historically caused dramatic crop failures resulting in significant yield losses which could cause a major threat to global food security. Wheat is one of the most important crops on the planet – billions of people around the world depend on it for food.

This study contributes valuable knowledge on plant disease resistance gene function and evolution, which can facilitate the improvement of crops against agriculturally important diseases. Here, Brande gives us an insight into the importance, the challenges and the outcomes of his recent lab work.

“Plant disease can strike very quickly and unexpectedly and destroy a wheat harvest. We saw this first hand in 2016 when a very devastating disease called Wheat Blast emerged in Bangladesh. It affected a large portion of the country’s wheat growing area and significantly threatening food security.

“Another big problem arises when the supply chain is suddenly disrupted, like during the Arab Spring of 2010 when wheat harvests around the world were affected by a series of freak weather events. Many countries stopped exporting wheat which led to doubling wheat prices and civil unrest in Egypt – the world’s largest wheat importer.”

“Wheat has been on a long journey from a wild, wispy, insignificant looking grass to the crop that we recognise today. It’s gone through a series of genetic bottle necks – during domestication and intensive breeding, farmers and breeders have chosen varieties and left behind a lot of genetic variations. And this genetic variation has been further compartmentalised in the modern practise of monoculture. So, if you have these genetically uniform stands in the field, a disease just needs to get a foothold in one corner, overcome the resistance that’s left and then it’s able to spread very rapidly.”

Looking for a needle in a ‘wheat’ stack

“This is easier said than done; the wheat genome and its wild ancestor’s genomes, are very large and in wheat alone there are 120,000 genes so it’s a bit like looking for a needle in a haystack!

“However, most disease resistance genes that have been defined by genetics and subsequently cloned, belong to a certain structural class called the nucleotide binding site leucine-rich repeat proteins. These have certain features and we can design biomathematics programmes to search for these features in genomes and rapidly skim through a whole genome to identify the genes that encode for these immune receptors. There’s around 3,000 of these in wheat and they’re scattered throughout the genome, mostly in the telomeres.

“Having this tool to hand helps to reduce the complexity of the wheat genome or the wild grass and helps us focus on the sequence that really matters.” 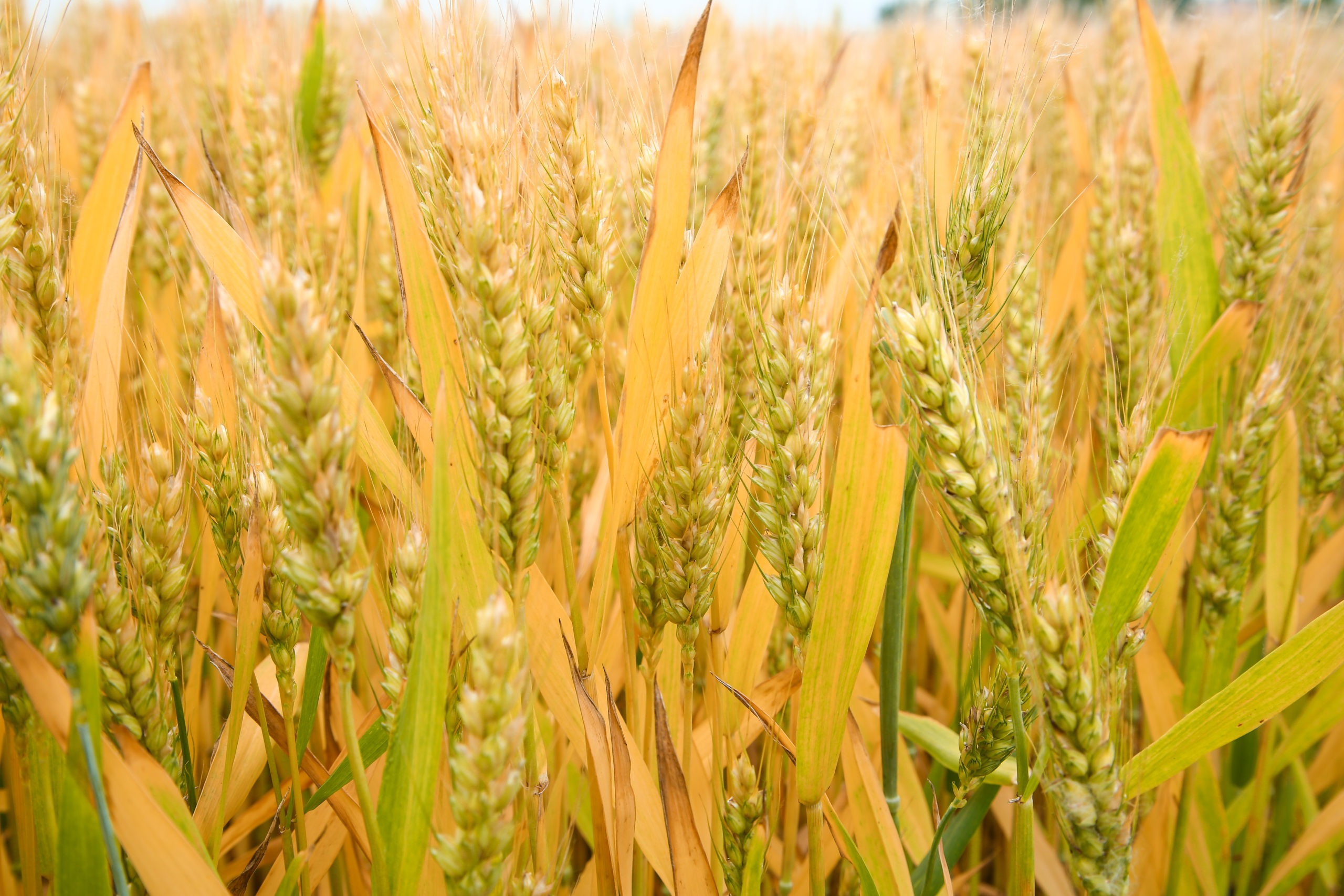 Overcoming the challenge of recombination

“When trying to clone these genes, there’s typically not that much recombination, or it’s unevenly scattered. If you are using classical genetics and correlating recombination with genotype to get close to the gene of interest, that can be a challenge.

“If your gene is right out at the telomeres, it’s ok. But if it’s near the centromeres, it’s going to be difficult. And if you are working with one of these alien introgressions, a chunk of chromatin introduced from a wild relative, then typically there will be no recombination with its counterpart in wheat.

“Recombination therefore limits you in trying to clone these genes, so we came up with a concept that we call mutational genomics, and of course, mutagenesis is independent of recombination. The idea is to take a bag of seed where you have genetically defined a single resistance gene in the stock and perform mutagenesis, typically with the chemical EMS. You grow up the mutant population, inoculate it with your pathogen and let the pathogen do the work for you to identify those rare mutants that have lost the function of the disease resistance gene.
“Then you can use targeted enrichment; designing probes to these intracell immune receptors and enrich for that portion of the DNA. This works really well; we can get a one-thousand-fold enrichment.”

Reducing the complexity of the genome

“Another option is the use of chromosome flow sorting, a method perfected in the lab of Jaroslav Doleẑel. In wheat or in a wild diploid relative of wheat, this would reduce the complexity of the genome seven-fold; you can get a single chromosome and then sequence that chromosome fraction. From there, you can sequence your resistant parent, line up all the immune receptor encoding genes and then sequence a handful of mutants, to look for a gene which is mutated in all of these independently derived mutants.

“The probability of this occurring by chance alone is very low, so when you find one of these it is a very good candidate for the disease resistance gene. To reduce that concept to practice, we worked with a gene called Sr22, a gene for Stem Rust resistance which was introduced into wheat in the 1970s from a wild relative. We got a number of susceptible mutants and when we sequenced those, we found one gene that was mutated in all of them. We took that gene and transformed it into a cultivar called Fielder which is susceptible to Stem Rust, and found that all the transgenics were resistant.

“This was a wonderful proof of concept. To prove we were not just lucky the first-time round, we followed the same process for a gene called Sr45. It used to take between five to ten years to clone a gene, but with this technology we could reduce it to a couple of years. This allowed a PhD student in the group to clone three Stripe Rust resistance genes within her PhD.
“What we have done is use conventional breeding, or introgression of breeding, to introduce a disease resistance gene into wheat from a wild wheat, and with a bit of mutagenesis in sequencing we can clone that gene. And this has been successful, we have cloned about twenty genes like this to date.”

Working with the genetic structure that nature has already created

“The question was, could we apply this to the wild relatives?
“We spent years ‘breeding’ and managing a wild relative called Aegilops sharonensis to genetically isolate a single gene, bulk up seed and then perform mutagenesis. But when we got to the end of the life cycle, they were all infertile – we had been a little bit heavy-handed with the mutagenesis. This can easily happen when you are working with a diploid because there’s very little redundancy; it’s a lot easier with hexaploid wheat where you have three copies of most genes, you can be more heavy-handed with the mutagen.

“Our attention turned to a wild wheat called Aegilops tauschii; the D genome progenitor of hexaploid bread wheat and historically it’s been a rich source of resistance for wheat. A number of resistance genes have been introduced from this wild grass into wheat and two of these genes have been cloned, Sr45 and Sr33, so they gave us some positive controls.

“151 accessions of Aegilops tauschii were collected and phenotyped with three defined isolates of the Stem Rust pathogen producing a lot of data. We broke the contigs into smaller sequence stretches, K-mers of 51 nucleotides, and did the association of genetics directly on the K-mers and then we positioned the K-mers depending on how well they associated with resistance. One these stood head and shoulders above the rest, so this became our candidate contig for disease resistance gene.

“We did this with the isolate RKQQC and identified our quantitative control Sr33. Because this isolate is diagnostic for Sr33, it’s virulent on most of the accessions on the panel except the ones carrying Sr33. So, we were able to re-identify our positive control. This was repeated with another isolate called TPMKC and there we got Sr45, our other positive control, and Sr46, which was very encouraging. The system really worked because we managed to clone a gene that had only been genetically described before. Finally, we got another gene, SrTA1662, which until then had also only been genetically described.

“In a matter of months, we were able to clone the four Stem Rust resistance genes that had been described in this wild grass in the last 40 years and we published this last year.” 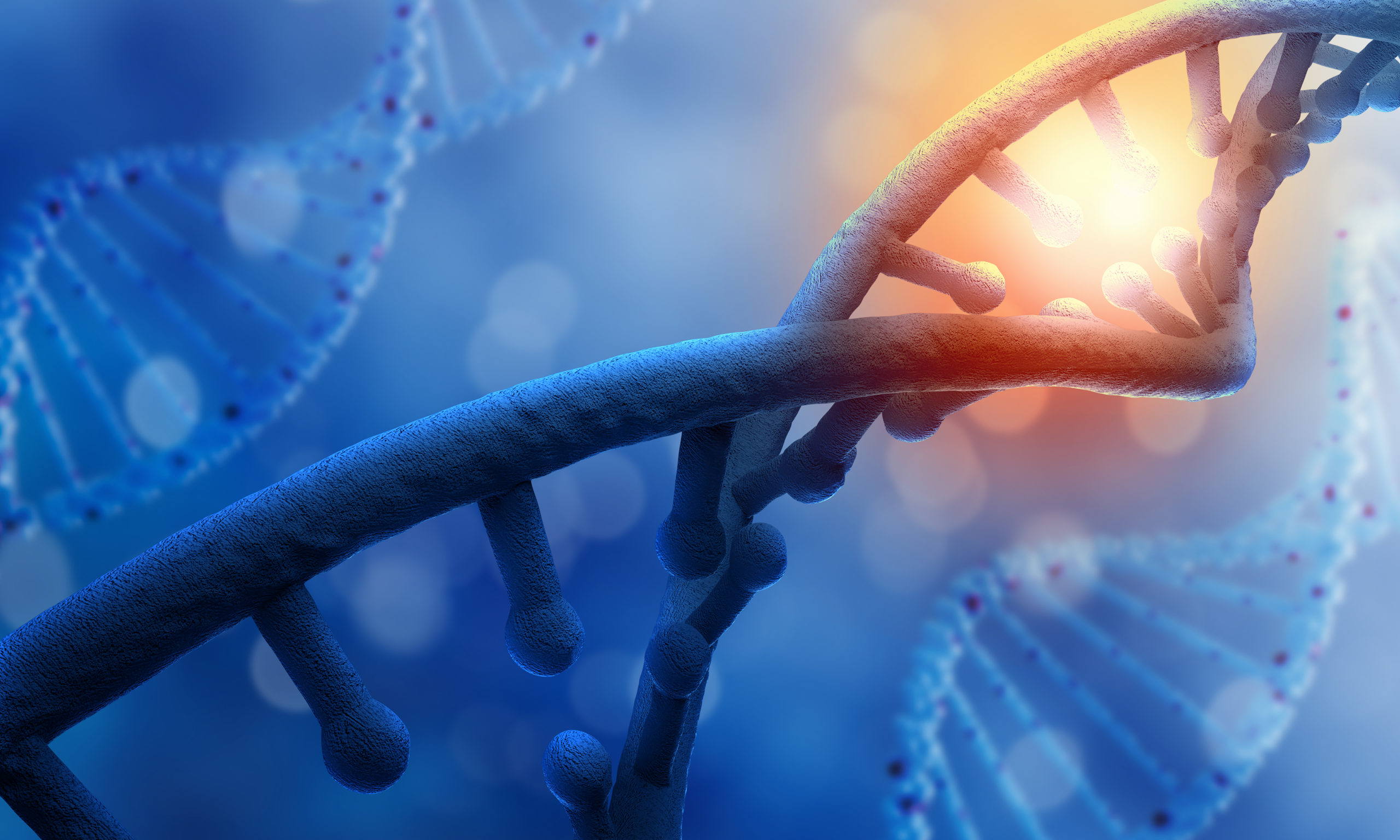 “A community consortium was established with others interested in this wild relative which enabled the sequencing of not just the original panel of 150 but an enlarged panel of 260 genomes. They were sequenced to between 10 and 34th coverage each and that generated about 17Tb of data.

“I’d like to highlight our collaboration with Novogene which handled this very complex arrangement, allowing each institution in the consortium to pay the funds directly to Novogene which saved the development of 20 different research agreements.

“This enabled us to scale-up our method to be more computationally efficient in handling this very large data set and use this whole genome shotgun sequencing to re-identify two of our positive controls Sr45 and Sr46.

“We are now able to identify genes for other traits very rapidly and have the luxury problem of having a back log in terms of functional analysis. We’ve also started cloning some genes for Wheat Blast and other diseases and pests; it’s like being a kid in a sweetshop with all the choice of what I can do with all these genes!”.